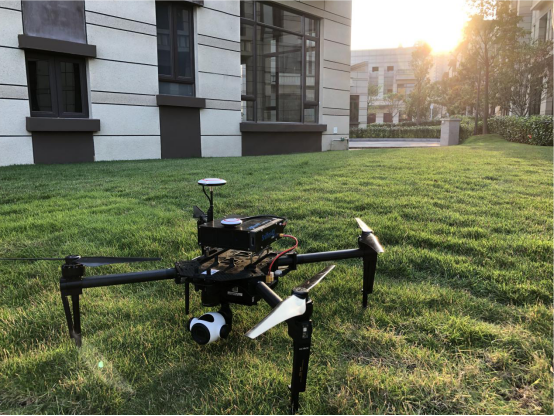 With the rapid development of  China's economy and people's increasing attention upon environmental issues, the EPA(Environmental Protection Agency) plays a more and more significant role in our daily life. An important task for the EPAs in their regular environmental & administrative enforcement work, is to deal with residents' complaints about odor and locate the source of pollution. However, due to the mobility and volatility of gas, the traditional detecting methods of odor pollution source, such as online monitoring and manual investigation, are unable to locate the pollution source in a short period of time. The investigation usually takes days and the progress is going nowhere. In this circumstance, it is crucial for the EPAs, especially for the local branch, to conduct accurate monitoring and  investigation to solve environmental problems practically and efficiently.

Residents Complaining About the Odor

On November 29th, 2018, the Qishi Branch of the Dongguan EPA received complaints from residents that there was a strong odor around their community. The residents suspected that the odor was from the industrial park on the east side of the community, which has seriously affected their daily life in the area. After receiving complaints, the local EPA crew immediately took action and applied the Sniffer4D multi-gas detection to locate the odor source around the industrial park. Considering the fact that there are many industrial parks and civil construction projects around this community, the crew decided to mount Sniffer4D on the drone to conduct an aerial detection. 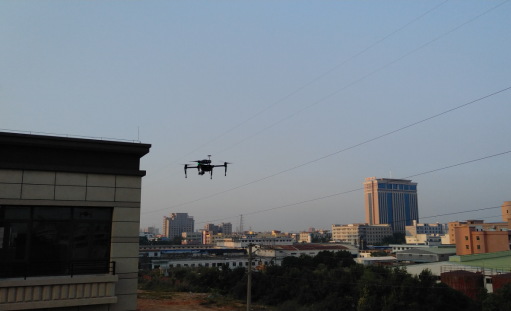 After initially scanning the surrounding environment, the drone carried Sniffer4D and took off. The detection started with scanning the air pollutants above the industrial park at low altitude, then it tested the data of pollutants such as VOCs (Volatile Organic Compounds), SO2 and PM2.5 in the atmosphere. During the detection time of 1 hour 20mins, Sniffer4D detected a total area of 134,000 square meters.

Sniffer4D is equipped with the software Sniffer4D Mapper that can visualize and analyze the data in real time. The system helps to quickly locate the pollution source, collect the data of the pollutant concentrations and provide clues for the environmental enforcement. When the drone carried Sniffer4D and flew over a factory building, the concentration of VOCs rose sharply in the software, reaching the highest number up to 35ppm in the color block (the background concentration of VOCs the industrial park was less than 0.1ppm). The concentration of PM2.5  around the area was also significantly higher, reaching the highest number up to 196.0ug/m3. The specific location of the high-concentration area can be clearly indicated from the picture below (the red-circle part). 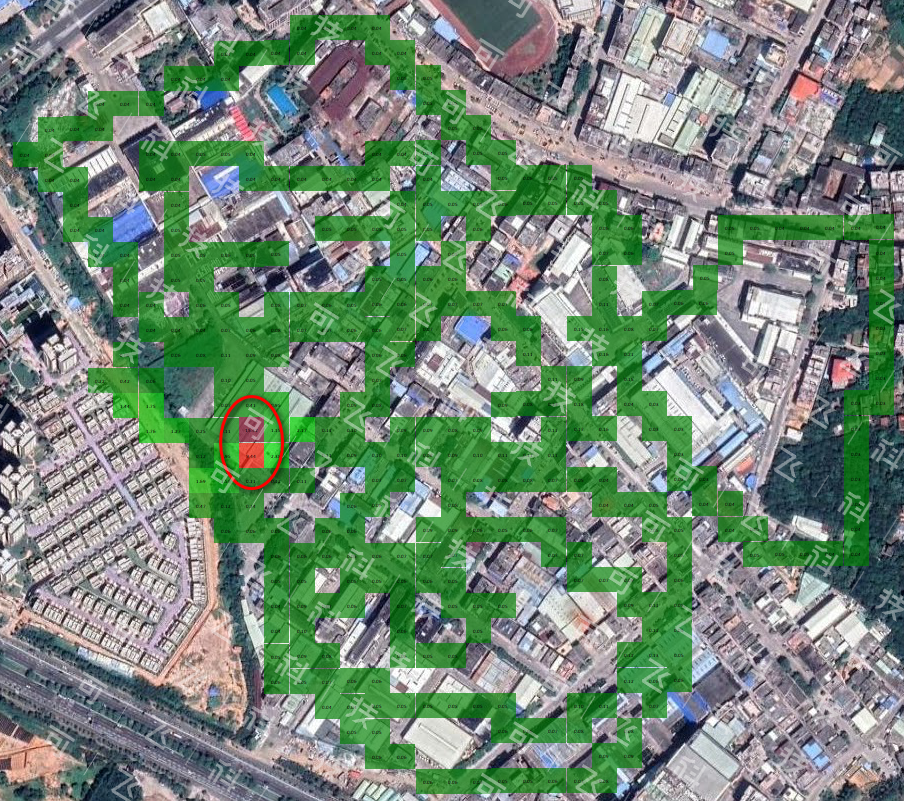 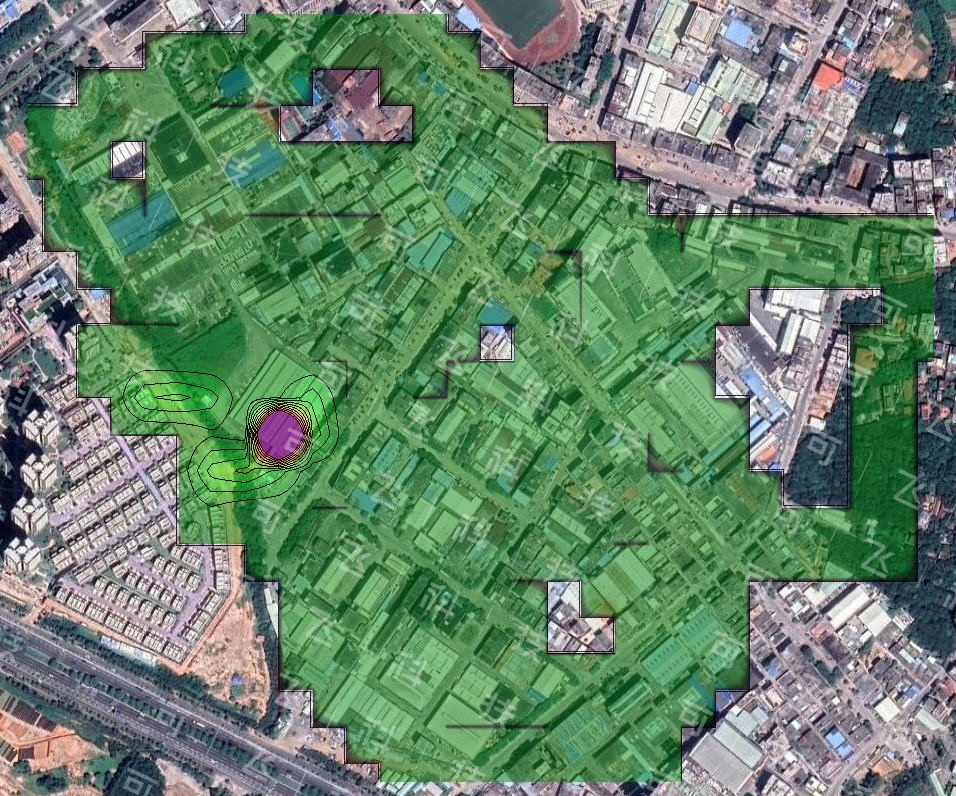 The concentration isoline map of VOCs in the industrial park is generated by Sniffer4D,

and the purple part is the area of  abnormal concentration. 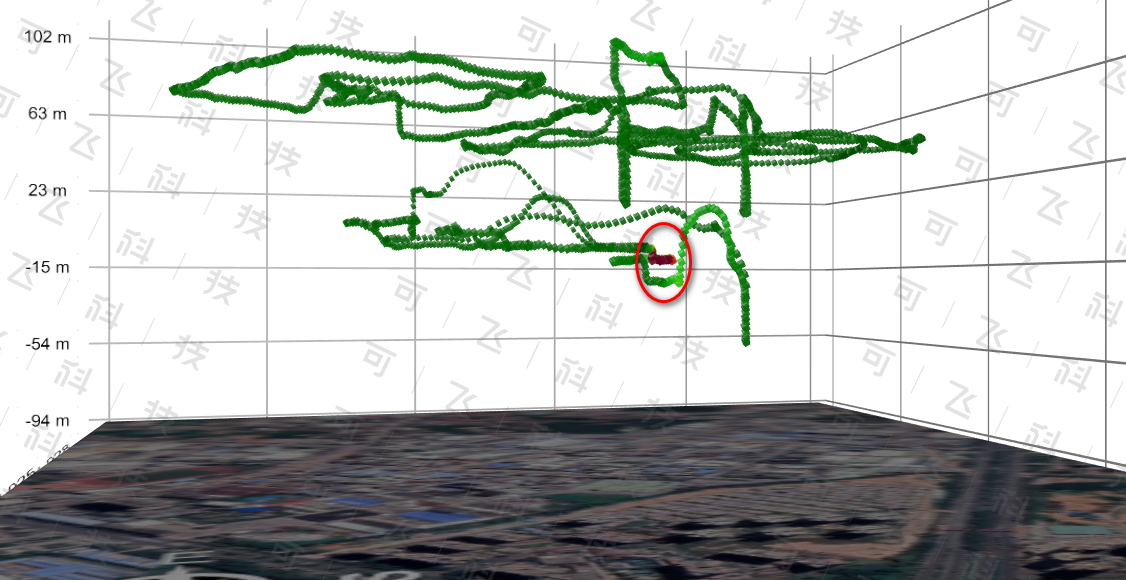 The 3D concentration point cloud map of VOCs in the industrial park is generated by Sniffer4D,

and the red mark is the area of abnormal concentration.

Narrowing Down the Search and Providing the Clues

After noticing the situation, the EPA crew conducted further investigation on the suspicious area based on the clues from the residents and the real-time data. 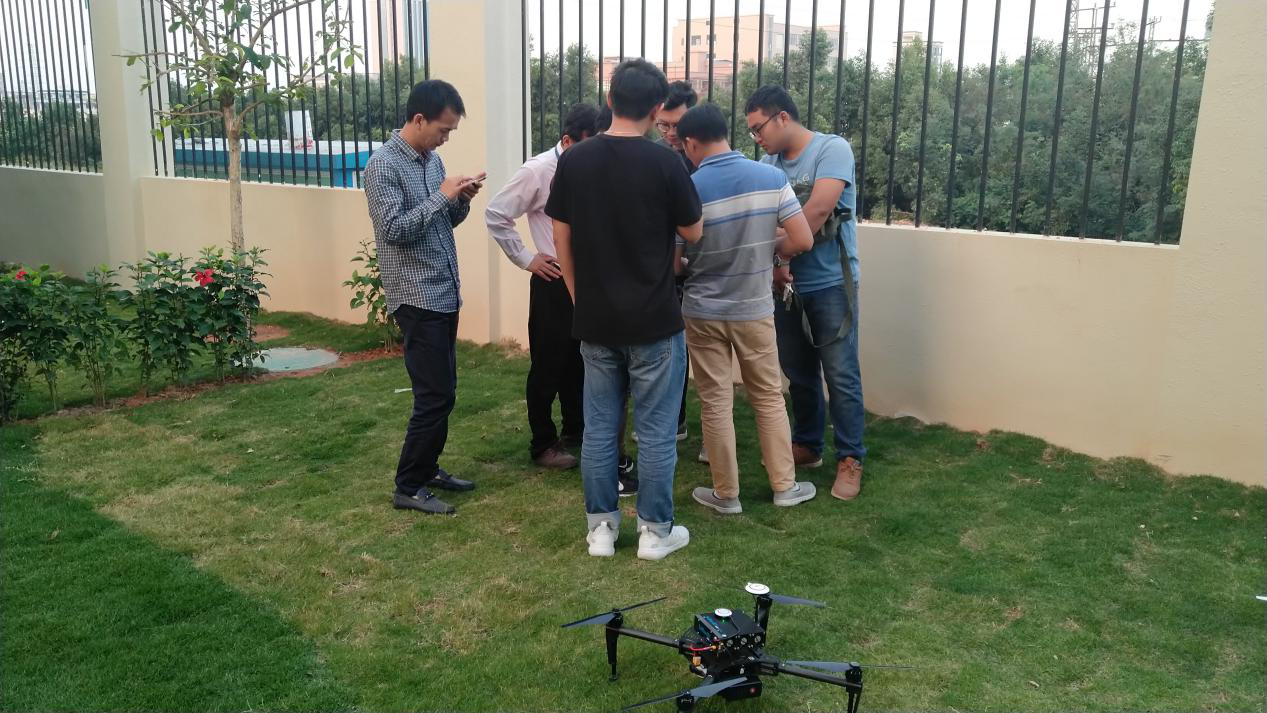 The picture of the EPA crew analyzing the collected data.

No Shades for Factory Emissions

The pilot operated the drone to take close-up pictures and detected a factory building with a row of ventilation holes on the top. The EPA crew speculated that there was a huge amount of unorganized emissions of VOCs being directly discharged into the air through the ventilation holes(the red-circle part in the picture below), which seemed to be the source of the odor in the surrounding community. After on-site inspections, the EPA crew investigated and disciplined the factory that unorganizedly emitted the organic gas on the spot.

The picture is the photo taken by the drone to show the abnormal area of VOCs,

and the red-circle part is the suspicious pollution source.

In the case of residents' complaints about the odor pollution, the integration of Sniffer4D with the drone has presented extremely high sensitivity, stability and practicability in the actual combat, and it has provided timely, intuitive and comprehensive decision-making for Dongguan EPA to improve their working efficiency.